To Fix The Gash In Your Head

On October the 6th New York noise mongers “A Place To Bury Strangers” return with new album “Exploding Head”. Aptly titled if you ask me. I’ve had a listen, my speakers exist no more, yes, it’s that loud. The band consists of guitarist and vocalist Oliver Ackermann and the brilliantly monikered bassist Jono Mofo and drummer Jay Space. The trio released their self titled debut album back in 2007. I remember the first time i heard it. It literally blew me away. It was loud, it was riddled with effects pedals (Ackermann is the founder of Death By Audio in all fairness), it was melodic, the vocals and overall feel of the album harked back to the days of the Jesus and Mary Chain and My Bloody Valentine. Shoegaze at its best in other words. The song “The Falling Sun” from that debut album is so loud and encapsulating that when i first heard it through headphones it felt like the end of the world was about to happen, i was convinced the apocalypse was coming through my IPod, thats how doom laden their music can be yet they always carry a sense of melody in all their tracks and wear their influences proudly.

MP3: A Place To Bury Strangers – To Fix The Gash In Your Head

MP3: A Place To Bury Strangers – Missing You 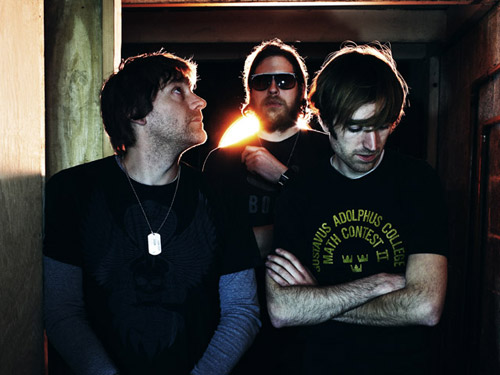 Anyways back to the new stuff. The band have carried on where they left off on their new album. They’ve kept all the ingredients that made their debut the huge success that it was and then added more groove this time around. There’s still the apocalyptic feel and the effects pedals are still present the whole way throughout the album but there’s definitely a sense of something new, i think it may be that this is the band finding themselves and realising what they’re capable of achieving on “Exploding Head” and it’s all the better for it. The last song on the “Exploding Head” titled “I Lived My Life To Stand In The Shadow Of Your Heart” is both beautiful and scary at the same time, not something a lot, if any, other bands can achieve. Put simply, A Place To Bury Strangers are in a world of their own. It’s just as well for us that we’re allowed in. 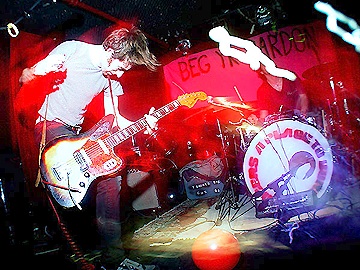 I’m off to see them live (for the 2nd time) @ the Captains Rest in Glasgow on the 12th of November. It can’t come any quicker.

MP3: A Place To Bury Strangers – It Is Nothing

MP3: A Place To Bury Strangers – In Your Heart

1. It Is Nothing
2. Into Your Heart
3. Lost Feeling
4. Deadbeat
5. Keep Slipping Away
6. Ego Death
7. Smile When You Smile
8. Everything Always Goes Wrong
9. Exploding Head
10. I Lived My Life To Stand In The Shadow Of Your Heart

Support the band and buy the album when its out. Available from the 6th of October.

Tagged as a place to bury strangers, attacking your speakers, noise, shoegaze