Last weekend i acquired some more EPs. Although this time there were no CDs or DVDs. Nope, i indulged in some different formats.

I ordered the Civil Civic EP, simply titled “1”. It’s on a limited edition reel to reel tape. There aren’t many, if any at all left but if you fancy one then head on over to http://shop.civilcivic.com/album/1.

When you buy the cassette you get a download of the album as well so you can have it in MP3 form as well. I’d highly recommend giving these guys a listen. It’s instrumental music at it’s best. Buzzy, warm and experimental. My favourite song is “Less Unless”, the guitars and drums make me want to air strum and drum. At the same time. I posted a video of theirs for at the end of last month. Be sure to give it a listen if you haven’t already.

The “1” EP was initially released in March. But the guys have been busy since then. Last month they released a Double B side of Run Overdrive/Fuck Youth. It’s here http://shop.civilcivic.com/album/run-overdrive-fuck-youth. If you wanna be really cheap you can download the digital version for literally nothing but that’s being a bit of a scrooge if you ask me. Why not fork out a fiver for the 7″ vinyl and get the digital version as well? You’ll also feel all warm inside because you know you’ll be helping these guys make some more good tunes. Go on, help them. I mean, look at that picture up there, they could do with some new clothes for a start……

Civil Civic are one of my new favourite acts, if you want them to be one of yours then have a look and listen and you’ll be hooked too.

The other new addition to my music collection is the 7″ vinyl of FLATS self titled EP. I’d been anticipating the release for quite a while. I’m not one for buying a shitload of vinyl but if something catches my eye, or ear rather then i sometimes like to get it in different formats. The last vinyl i bought that i really enjoyed was 65DaysofStatic “We Were Exploding Anyway” back in May, it’s still in Simon’s old house actually, i’ll need to get that back. But anyway back to FLATS. I was initially going to buy it online myself but thankfully a friend of mine who stays in London “knows” one of the band members and she very kindly mailed me a nice fresh copy of the EP. If you haven’t heard of FLATS (yes, all capitals) you soon will. They’re a ferocious quartet of noise, a punch in the face for the “scene”, a punk monster full of fury. They seem to thrive on keeping themselves shrouded in a certain type of mystery. They’re songs are notoriously hard to get a hold of online in MP3 format. If you wanna listen to them you pretty much have two options….1. Buy the EP or 2. Listen to them on their MySpace. Even at that they only had one song on there until fairly recently. They were even hard to even track down at all at one point. The name is a google nightmare. Type in “flats” and you get all sorts of house offers popping up. Even try “flats band” and you’re led to a Tampa band called “The Flats” who have a ridiculously funky cover of Peter Gabriels “Sledgehammer” on their MySpace. What about YouTube i hear you say? Well that’s even worse, go on then, you try looking for “FLATS” on there… 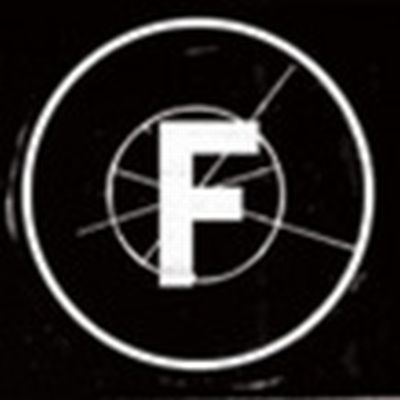 My current favourite track of theirs is “Rat Trap”. Think American hardcore punk bands like Black Flag, The Descendents and the likes gone distinctly….eh…London-ish? “Rat Trap” is under 2 minutes long, like all of their songs, and is full of lyrics like “I hope you all fucking die” and a final twenty seconds that manages to insult Paul Weller, Pete Townshend and Roger Daltrey before abruptly ending with “Fuck the Mods……cunts”. I couldn’t agree more FLATS, i couldn’t agree more. If only you’d mentioned Paul fucking McCartney in there i would have bought every single one of your EPs and stood on the corner of Byres Road giving them away for free. Spread the word.

They look like such nice boys as well, don’t they? If you wanna hear the EP and maybe even buy it then head on over to http://www.myspace.com/flatsofcourse

Oh and incase anyone is interested in The Flats and the Sledgehammer cover then click here at your peril……..The Flats

2 responses to “Tapes and Vinyl”