How Do You Feel When You Feel The Fool?

Ok, just to clear things up…..the post about The Prodigy and Bob Dylan collaborating was an April Fools joke. I’d like to think that most people got that but it seems quite a few didn’t and actually downloaded the MP3. The “sample” was just a mash together of “Blowin’ In The Wind” and “No Man Army”. I apologise for any upset caused.

To make up for it i’ll post some new Deftones stuff. Been meaning to post this for a while anyway now.

The new album’s due on the 4th May. Two songs have been released so far, “Rocket Skates” and “Diamond Eyes” which is also the name of the album.

Having gave the full album a listen to i can safely say that the Deftones are BACK. Chino’s voice is back to its vocal chord shredding best when he screams which had maybe been missing from the last two albums in my opinion. “Diamond Eyes” as a whole is certain to keep fans of early Deftones happy as well as capturing the ears of a new generation. There’s also more than a few “melancholic” moments that are reminiscent of Chino’s other band Team Sleep or even the bands White Pony era.  If i had to compare it to a previous album though i’d need to go for “Around The Fur”. It garners that whole raw sound that they’re so good at.

My favourite song (so far that is, it’s likely to change!) off the new album is “Royal” 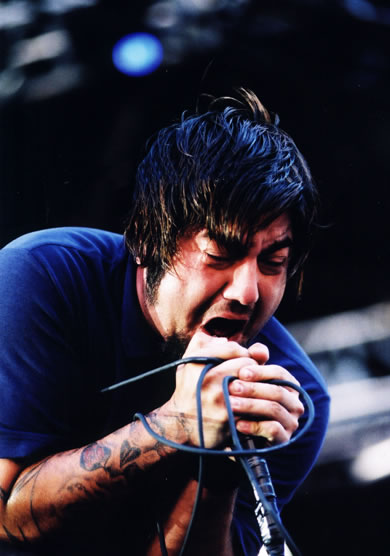 One response to “How Do You Feel When You Feel The Fool?”