Once again there were too many great albums to whittle down into a top 30 but i did it…eventually.

The list once again goes in a countdown style, 30 to 1. 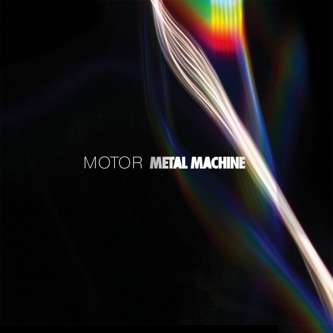 It first it seems like this is just a collection of bleeps and spluttering noises backed up with sound effects that would fit the scene of a midnight space ship race in some galaxy far away but if you give it a full listen from start to finish you’ll find an electronic classic full of gritty techno tracks. 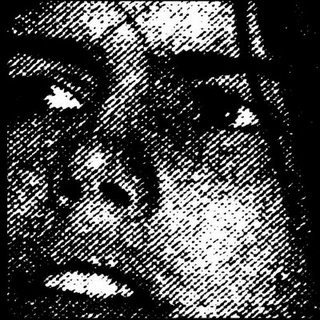 These two guys have been labelled as a lot of things this past year. From Jesus and Mary Chain revivalists (more?) to the leaders of The New Shoegaze Generation (or Nu-Gaze as some call it… *shudders*) right through to “talentless noise” according to one reviewer (said reviewer is clearly in need of some sort of musical lobotomy operation). But whatever brush you decide to tar these two San Diego natives with at least take the time to listen to their scuzzy fuzzy pedal driven racket because it’s definitely an album worth snapping up (did i just say that?!). Oh and they used to be in a band called The Plot To Blow Up The Eiffel Tower, they’re worth checking out for the name alone.

Bob Rifo has been around a while now and whilst he performs live as The Bloody Beetroots with Tommy Tea as his sidekick, there’s simply no getting away from the fact that he himself ACTUALLY IS the Bloody Beetroots. The songs are his. He does production, mixing, recording, composing and arrangement. All of it. Tommy Tea is just his sidekick on stage, although to be fair to him it wouldn’t be the same with just one crazy DJ in a mask jumping around stage so lets give him some credit. The point i’m getting at though is that this is essentially the work of one man, it’s raw, bouncy and aggressive yet playful at the same time, it’s an album that’s been a long time coming too. Some of the tracks on the album appeared online as early as 2006, “Butter” and “I Love The Bloody Beetroots” being examples. So was it worth the wait? Um…..yes!

The two Canadians make a glorious thumping feast of noise when they play live and just about manage to achieve the same decibels on record. Hidden behind all the hard hit chords and biting drums though are actual songs. Good songs. A lot of good songs. A lot of good songs about good things. There’s no “oh everybody hates me”, “life is shit” or “me, me, me” in the lyrics. They sing about girls and good times. One set of lyrics goes “I don’t wanna worry about dying, i just wanna worry about those sunshine girls”. So that makes them ok in my book.

Without a doubt this was THE pop album of 2009. A masterpiece in crafting hooks, melodies, harmonies and all things poppy into 4 minute gems. The use of chimed guitars, synths and gentle padded rhythms never sounded better. 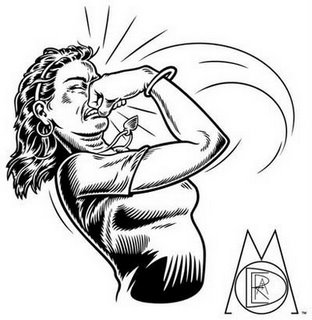 When Modeselektor and Apparat got together there was always going to be a special outcome. But no one knew just how special. Moderat is an album awash with soundscapes that sound fresh and appealing. Waves of white noise tinged with a chromatic vibe and the distinguished, comforting voices of Sascha Ring and a few guest vocalists. There’s more than a few “chillout songs” on the album but there’s also a fair share grittier beats and dark synths from the Modeselektor side of the spectrum splattered around. On the bonus edition of the album there’s a dvd with music videos and a few extra tracks, namely “Beatswaysick” featuring the insane rapper BusDriver. There’s something for everybody on here and those ingredients add up to make this a Top 5 album easily.

Ok so having a purely instrumental album at Number 4 may seem like a bold move but Cougar are deserving of it. The arrangement of the songs are bordering perfection and every instrument seems to come in at exactly the right time. The songs shift between slow and fast, quiet and loud, between intricate guitar lines and full blown power chords and all the while manage to sustain the listener, each song representing a different mood. It’s a common misconception among most people that bands with no singer must be Instrumental Post Rock. In my eyes Cougar aren’t, they’re just a band of great musicians on top of their game making absolutely essential music.

This is probably another surprise entry but yet again one i feel is more than deserving of its place. Maybeshewill have been on the scene for a few years now and have consistently stuck by their ethics when making albums. They do things their own way and are beginning to reap the rewards for it. Their sound consists of movie samples, keyboards, synths and very heavy guitars and heavier drums. They can do the whole “quiet” side of things when they want to as well mind. Add all the louder components together though and all you’d expect to hear was a washing machine of incomprehensible noise rattling around, yeah? Wrong. These guys know to make a tune work. 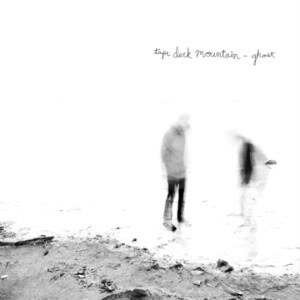 “Ghosts” may come across as somewhat of a concept album about, well, ghosts. It’s layered with lyrical references to ghosts and even burial throughout several tracks and it certainly has an eerie sound that escalates during the whole album. Tape Deck Mountain are very Lo-Fi and remind me from time to time of the slacker kings “Dinosaur Jr” and “Pavement”, which by the way isn’t a bad thing. The vocals are very low in the mix. The band instead are seemingly happy to focus on feedback and psychedelic tones. “Ghosts” might not be everyones cup of tea but it ceratinly caught my attention this winter. The release date could have something to do with how much i like this album. It came out at a very gloomy dark time here in Scotland and i think somehow that feeling channelled into the album on the first listen and i’ve been hooked since.

What can i say about A Place To Bury Strangers that i haven’t already said before on this site. They are the undisputed Lords of Noise.  “Exploding Head” didn’t exactly mark a change in direction or indeed progression from their debut album but why change something when it sounds this good. From the opening track right through till the last second of feedback is squeezed out of Ackermanns pedal this album is a sonic assault. Sure, it’s laced with lyrics of a heartbreak, betrayal and love. It’s wrapped up in a bubble of delay and reverb. It’s pushed along by a rhythm section that came straight from outer space. But most of all it’s consistent. It never stops for breath. It’s just track after track of classic shoegaze.

ps. later this week i’m going to stick up a quick post including some of my friends lists of their Top 5 albums of 2009. I think it’ll be nice to get a few different outlooks on the music of 2009. Feel free to leave your own opinions on what you believe were the Top 5 albums of last year.