2009: A Robot Odyssey is my second mixtape. Yet again, recorded all in the one go and yet again under 1 hour and 2o minutes in duration (fits on a cd no problem).  On the first mixtape (VCPE) i went for an almost kinda rock vibe, electronic as well but mostly rock. So on Robots i’ve decided to go not quite as guitar orientated and tried my best to stick to a dancier side, although there are a few more rockier types in amongst the mix and they do work quite well alongside the rest of the tracks.

Once more i’ve decided to add bits and loop, cut and sample again over most of the songs to make them “edits” as such i suppose and not really remixes, there are a few that i’ve properly remixed, the rest are just edits though.

Just as VCPE had outtakes from some films, Robots does too. There’s also a small introduction and end speech by Microsoft Anna so listen closely. The mix starts off slowly then builds up. About 3 or 4 songs in i decided to use some more “commercial/poppier” material (AVH, Daft Punk, Soulwax etc) but then go back to more beat driven music. I had to do a slight edit on the last track by Black Strobe. Just shortened it down a bit to allow the mix to be under 80 minutes long. You might notice the jump in that track too. I can only apologise for that.

I;m gonna put this mix up on Mediafire soon so it will be available for unlimited download but for the moment just left click once on the mp3 below and it’ll open in a different page then simply right click and save target as. 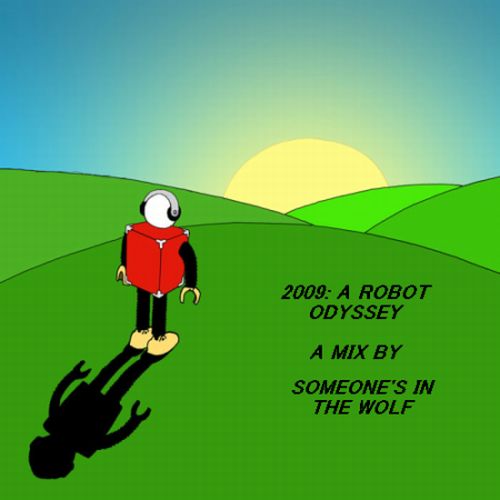 There are a few more mixtapes in progress. There’s an ambient one, an industrial one and a very polished techno one on the way before the summer.